Changes are awfully unsettling for me. I like my little nest, where everything is just so and nothing jostles me too much. I like routines and schedules, the comfort of knowing what’s going on—both immediately and in the future. Change can be exciting sometimes, but mostly it’s really tough. It’s tough leaving behind stuff I know and love, and it’s tough not knowing what’s ahead.

Not long ago, my husband and I found ourselves moving away from family and friends. We had good reasons for the move, and we knew where we were going, but of course much of the future was still a big blank. And that was scary.

Our trip took us through mountain roads at night, and as we drove, thick fog set in. There were no lights or houses lining this stretch of road, and to make things worse, it soon seemed that we may have taken a wrong turn. Great.

I squinted into the fog, leaning forward against my seat belt, trying to see where we were going. I couldn’t see any signs, and I got more and more worried that we were going the wrong way. As I said, I don’t like uncertainty.

My imagination went hyperactive, creating all kinds of awful scenarios, like being lost in the mountains or sliding off the edge of a steep cliff. Each scenario was worse than the last.

Finally I quit trying to see through the fog and settled back in my seat. I looked over at my husband, and he was confidently driving on, not worried about the fog but just slowly following the road immediately in front of us. I sat back and willed myself to relax—and sure enough, we eventually got safely through the fog and back on to clear roads, and we made it safely to our destination.

My life at the time was like that dark and fog-clouded road. All I could see was what was immediately before us, like headlights only illuminate one patch of road at a time. But God is my driver, and I can trust Him. He has a perfect driving record, and He’s always gotten me safely to my destination before. Even though I have sometimes thought we were lost, He always knew exactly where we were.

When God led the children of Israel through the desert[ See Exodus 12–40.], they didn’t have a map or a compass or a smartphone with built-in GPS telling them when to turn. They didn’t even know where they were going. All they knew was that they were supposed to leave Egypt.

While it could not have been fun being slaves in Egypt, maybe it was tough for some of the Israelites to leave the only life they knew. Maybe some of them had friends in Goshen, and at least they had had food to eat and a place to live.

But as they obeyed and followed God, He took care of them. When they ran into a dead end at the Red Sea, He opened a road for them right through the water. When they were hungry, He dropped food from the sky. When they were thirsty, He poured water from a rock. When they didn’t know which way to go, He put a cloud in front of them to lead the way.

Yet even after all that, they still doubted God. I never understood why; it was obvious that God had been with them all along. Why would they question His abundance and care after He showed them again and again what He was capable of? But then, I do the same thing. God has never failed to provide for me and guide my life, and yet I still end up fretting when the future isn’t clearly mapped out.

Proverbs 3:5–6 tells us to “Trust in the Lord with all your heart, and lean not on your own understanding; in all your ways acknowledge Him, and He will direct your paths.” Even if everything is dark ahead, if you feel like you’re in a fog and you don’t know which way to go, if you acknowledge God, if you turn to Him, He will guide you. He will keep you on the right track and bring you through to your personal Promised Land.

As I was getting ready to make this big move, I came across a Bible verse that I couldn’t remember ever having read before—Jeremiah 29:11: “‘I know the plans I have for you,’ the Lord says, ‘plans to prosper you and not to harm you, plans to give you hope and a future.’” Now that’s a promise! He has plans for each of us. He is going to prosper us. He wants to give us hope and a future. Isn’t that great?

The future still isn’t totally clear, and I know it may never be. I’m not sure how everything is going to turn out in the end, but that’s okay. I know who is in control, and I know His plan is perfect. 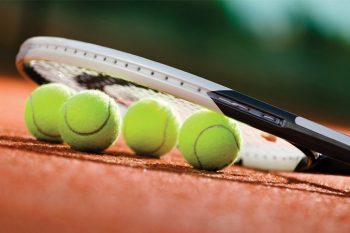 The payoff of perseverance 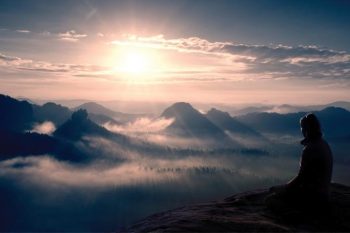 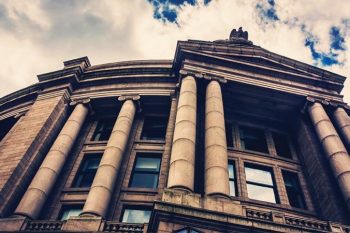