It was my birthday and I was returning a phone call from one of my relatives, but to my surprise, I didn’t recognize the voice that answered. The woman on the other end sounded groggy and weak, as though she was sick or had just woken up, or for some reason seemed to barely have the energy to respond. “No, you must have the wrong number. There’s no one here by that name.”

I sensed that she was weighed down with some great problem. My first reaction was to not inconvenience her more than I already had, so I was hastening to politely say goodbye. “I’m so very sorry for bothering you.” Then suddenly, with a flash of illumination, I realized that this was no accident. It wasn’t a coincidence; God had put me in contact with this woman, and He would want me to offer some encouragement or witness.

The day before, I had reread an article that I’d written a few years back where I described how I’d nearly missed my chance to give a witness to someone because I was waiting for a “good opening,” which didn’t seem to come.

I felt God saying, Don’t risk missing it this time! Do it now! Make the connection!

My mind raced, trying to think of what to say, but all that came to me besides “God bless you” (which sometimes doesn’t seem to mean much to people) was “Jesus really loves you.”

That seemed a little trivial to me. Couldn’t I come up with something more profound? But nothing else came, and I had to say something, so I sympathetically told her, “God bless you. Jesus really loves you!” I paused and waited, half expecting to hear the click of the phone being hung up. But all that I heard was silence.

Finally, with a halting, faint voice, the woman said, “You have no idea how much I needed that today,” as she started to weep.

This began a conversation that lasted for over half an hour. She told me her name was Shirley and poured out her heart about how her older sister, who was also her closest friend, had just died, leaving her life shattered. Shirley was 71 and was experiencing some serious health problems herself. The other two people she shared a house with were moving on, leaving her with no idea of where to go and no finances to do so.

I told her I couldn’t offer her any easy solutions to her troubles, but I knew the One who could help her. I encouraged her to look to Jesus, trusting Him to carry her through this dark time. I said, “I know Jesus loves you. That’s why you picked up your phone today, because He wants you to know that too. He cares about your every need, and He is going to get you through these hard times.”

Having learned from Shirley that her sister was a Christian, I spoke about heaven with her. I emphasized that her sister was waiting for her there where they’d never be apart again. Finally, I prayed for her and in the prayer quoted several verses from John 14 where Jesus comforts His followers and tells them He’s going to prepare a place for them. I asked the Lord to hold on to Shirley during this very difficult time, reminding her of His promise that He will never leave us nor forsake us. I explained that Jesus wanted her to look to Him and trust Him, because He alone has the power to turn even these terrible experiences she’s facing at the moment into something good.

By the end of our phone call, Shirley seemed like a new woman. Her voice had become clear and strong, and she seemed to have regained her hope and faith that there was a solution coming to her problems.

What had seemed to me to be such an inadequate and almost clumsy way to give a witness, because it wasn’t the “smooth” and “professional” approach that I wanted it to be, turned out to be exactly what this dear woman desperately needed to hear.

There are so many who are struggling with hardship, grief, and troubles of all kinds. Sometimes, there seems to be no way out of their dark canyons of sorrow and despair. But even though we in ourselves don’t have the answers to fix their problems, we do have a living, active connection through prayer with the One who knows exactly how to bring His people through the hard times. We just need to have the faith to trust Him and the determination to do whatever He shows us to do.

Following this phone call I was curious to understand how this whole mysterious set of events could have happened. Had I dialed the wrong number?

Shirley had told me that she almost didn’t answer the phone because she saw that it was an unknown number, which she would normally never answer. On top of that, she was feeling so hopeless that she couldn’t stand the thought of talking to anyone. But for some reason she went ahead and answered.

Later, I called my relative’s husband and got through to her that way. I discovered that she’d changed her number recently and had forgotten to tell me.

So somehow, out of the millions of phone numbers and people who could have ended up with that number, God saw to it that it was given to one of His children who He knew would need the connection that it would provide. It was at the perfect moment when God knew it would meet Shirley’s need to be reminded of His love for her.

This experience motivates me to look for any opportunity that comes along to be faithful to my calling as an ambassador of Jesus—to be His instrument to reach out and touch lives. One thing I’m sure of: He will use each of us in unexpected ways if we’re open to His directions. Whatever approach He chooses to use, it’s a chance to leave others’ lives strengthened and our own lives more fulfilled and blessed. 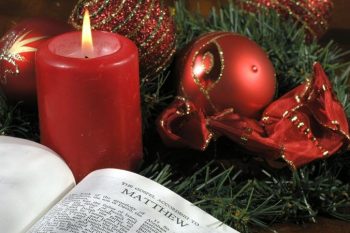 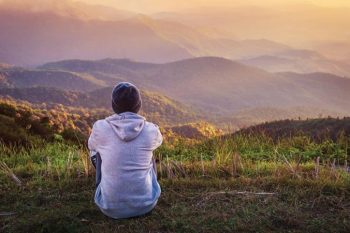 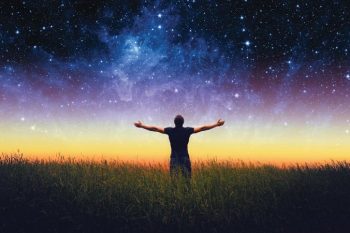