I heard a beautiful testimony recounted by Dutch evangelist Corrie ten Boom. She told about a visit to a prison situated somewhere in the African bush. The atmosphere was dark and oppressive, and most of the inmates did not even have a roof above their heads and had to stay outside most of the time, shoved together in a mass of broken humanity. They were surrounded by barbed wire and nervous, armed guards with itchy fingers, who would not think twice about pulling the trigger.

There, in that wretched pit of despair, these men had to suffer for their crimes. Sometimes they sat unprotected under the scorching sun, while at other times they were being whipped by the lashes of a relentless rainstorm that caused their lean, gaunt bodies to shiver with cold.

She was an evangelist, and on the day of her visit it had just been storming. The place had turned into a giant mud pool full of suffering people with faces that showed despondent misery. Here, the word hope had lost its meaning. Telling these folks about the goodness of God seemed like a mockery. How could she tell these people that God was good, and that He was good all the time?

The powers of darkness are cunning, very smart in their wickedness, and extremely good at cultivating evil. In order to convince lost souls that God is a lie and that the only thing to look forward to is hell on earth and hell in the hereafter, darkness seeks to immerse men in so much oppression and with such impenetrable gloom that all sense of right and wrong becomes meaningless. All that remains is a relentless struggle for self-preservation, where no acts of selfishness will be shunned.

That is the power of wickedness in the hour of darkness.

Corrie had been in prison herself as an adult woman, sent to the Ravensbrück concentration camp for her family’s brave decision to shelter Jews from the Nazis occupying Holland. So she remembered her own days of suffering and her struggles with the temptation to yield to the lie that God had forgotten her.

But He had not.

The very fact that she had joined in the fight to wash this world clean with the light of the Gospel was witness enough. But how could she convince these muddy, hopeless folks, who stared at her with empty eyes, of His great faithfulness?

What these folks need is joy.

It came to her in a flash of inspiration. This place needed joy. Real joy, the kind that comes from deep within. Supernatural joy. Not the joy of this temporal world, but the joy that builds a bridge into eternity.

And so she prayed. It was a simple prayer, but one with conviction. “Lord, fill me with such joy that it will spill out to these prisoners. This darkness is too deep for me, but You have overcome the world.”

She began to speak.

And just like that, joy welled up in her heart, and just as she had prayed, it touched the men in the mud. First one, then another, until at last it spread throughout the entire crowd. Hope rained down on these miserable men who for the first time understood why Jesus had come to this earth, and before long the whole wretched place was transformed. Not by the wisdom of man or the smart sayings of a skilled speaker. It was none of that. The Holy Spirit took over and kicked the darkness out.

When she was finished and had to leave, prisoners and guards alike walked past the barbed-wire fence, out of the prison, following their urge to wave goodbye to her in gratitude. Not a shot was fired and not a prisoner escaped. “Come back, dear lady,” they all shouted. “Tell us more about the King of heaven.”

And that is how we fight darkness. Not in our own strength, not by analyzing it or by finding ways to avoid it or outsmart it. But by letting the light in and letting God do what He is best at, which is clobbering the darkness with the rod of His love. After all, when He said, “Let there be light,” He meant it, and there was light.

You can let the light of joy in by inviting God’s Son, Jesus, into your life:

Dear Jesus, I believe that You died for me and that You love me. I know I need Your presence in my life, and I open my heart and ask You to come in. Forgive me for my sins. Thank You for Your free gift of everlasting life. Help me to love You and to share Your love, light, and truth with others. Amen. 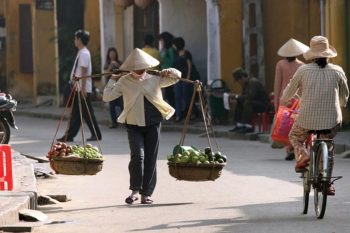 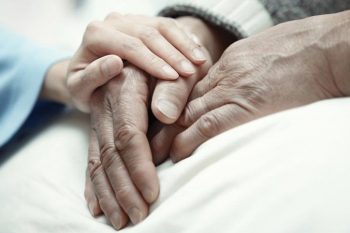 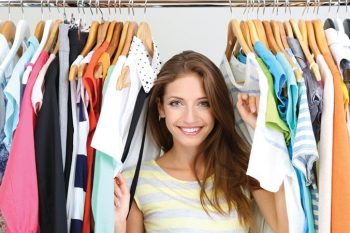 My year without clothes