The Bible tells of a time Jesus went back to His hometown. I think it’s one of the saddest stories in the Bible, pretty much summed up in the final verse of the chapter: “He did not do many mighty works there, because of their unbelief.” 1

These people knew Jesus. They had watched Him grow up, and I guess they didn’t expect much from Him. So when He came around after He’d been doing miracles, they just couldn’t believe it. “Isn’t this the carpenter’s son?” 2 they asked. It seems to me they were saying, “We know this guy. He’s just a carpenter—it’s not possible that He could be doing something great. It’s not like He’s the son of God or anything.”

Just as these people didn’t believe in Jesus and His power, we can also lack belief in ourselves and in how Jesus can work through us. We hold ourselves back through negative self-talk. Because we don’t believe we’re capable of doing certain things, we often don’t even try.

I have a pug whose sole goal in life is to be the center of attention. She’ll do just about anything to get someone to pet her. She’s absolutely determined and extremely stubborn, and rarely lets anything stop her from reaching her goal of undivided attention. If I’m sitting on the couch with my laptop, she’ll crawl under my arm and try to nudge the laptop out of the way—or climb right on top of it if she can. If I’m cooking or cleaning, she’ll walk round and round my feet, waiting for me to look at her. And if I’m out of reach, she’ll paw frantically at the air until someone notices and pets her. She gives “attention starved” a whole new meaning.

The one place she never tried to reach is my bed. It’s more than twice her height, and even standing on her hind legs, she can barely see over the top. So she’d sit and look pathetic, waiting for someone to come down and pay attention to her. She’d never tried to make the jump because it was just too high.

That is, until she realized she could.

One evening she made a desperate leap, and amazingly enough, she was able to hop right up onto the bed. Now she thinks she can hop right up any time she pleases.

Annoying, to be sure, but it got me thinking about how often we hold ourselves back “because of our unbelief.” We just figure we “can’t” do this or that, so we don’t even try.

I’ve heard a lot of stories recently about people who were able to get good jobs they weren’t technically qualified for simply because they were willing to try.

One person I know got a job as an engineer, working with highly technical plumbing products. This wasn’t something he had formal training in; it wasn’t even a field he had ever really considered. But the opportunity arose for him to enter that field and receive training in it, and now he’s become quite successful.

Another friend got a job as a web developer. This was an area he had dabbled in, but only knew very little about. Now, while he’s had a lot to learn and catch up on, this guy has achieved far more than he ever expected he could—simply because he was willing to take that first leap.

How about you? Are you possibly hindering Jesus’ ability to do something special—or even something you wish to do but aren’t sure you can—in your life because of your unbelief in His power to work through you? Have you told yourself “I can’t” so many times that you’ve stopped believing that maybe you can?

Some folks figure it’s being “humble” to have a low opinion of themselves and their capabilities. They tell themselves all kinds of excuses, like “I’m just not that smart,” or “That’s a job for talented people.” Our own negative self-talk and unbelief can end up defeating us.

God has plans for each one of us. That’s not something in question. Maybe the things He has planned for you are different than what you’d expect; but if you let Him, He’ll use you. An Olympic runner doesn’t go into a race thinking that maybe he can win. He certainly doesn’t go into it thinking that he can’t win. He sets his mind to win, and runs as if the medal is already his. “Don’t you realize that in a race everyone runs, but only one person gets the prize? So run to win!” 3

If you know that God has great expectations for you, you can start expecting more of yourself. Take that first scary step, and then keep on running. 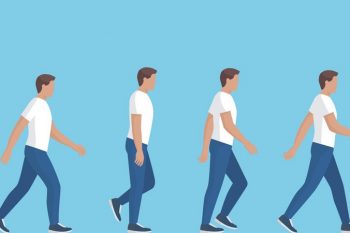 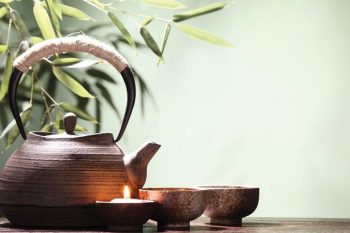 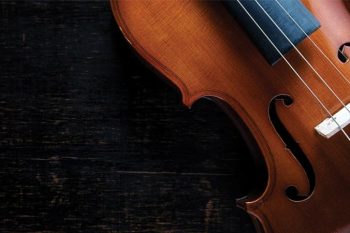