Last year, during one of our aid projects in a poor community, we met Benson, a young freelance reporter. He offered to take some professional photos for our website. On another occasion, Benson asked us for prayer regarding the hardship he had experienced for most of his life, and which still affected him in a negative way. Let me tell you his story.

Benson was the firstborn son of a young couple who lived in a small village on the banks of Kenya’s Lake Victoria. Unfortunately, the family’s simple and happy life soon took an unhappy turn when his mother died of malaria. His father remarried a woman who already had two daughters. As is common in some rural African communities, he then took on a second wife. Although he was only six, as his father’s firstborn son, Benson was resented and despised by his jealous stepmothers, who called him a rat.

A failing harvest drove their family to the capital, and they moved into a small hut in the Kibera slum. Benson’s father was mostly absent in desperate search of work, and at home Benson was the last in line to receive food and care. The women often beat him and kept him home from school to do their chores. When Benson was ten years old, he ran away.

He became part of a gang of roaming street children and was forced into begging by the ringleaders. He lived the life of a castaway subjected to hunger, rudeness, and rejection, and took to sniffing glue to escape the despair.  After three terrible years, malnourished and addicted to the substance, he almost lost hope. However, a small spark of faith and the feeling that God still had a plan for his life flickered deep inside.

Luckily, when his father regained steady employment, he came searching for his son and brought him home. Even though by then he was thin and sickly, he had a will to live and soon recovered. At school, a kind teacher took him under her wing and gave him extra hours of tutoring for free, which enabled him to make up the years he had missed. In fact, his outstanding performance drew the attention of a well-wisher who sponsored him for high school. It looked like Benson’s life was finally looking up.

However, by this time his father’s other wives had 11 younger children, and their attitudes toward him hadn’t improved. Benson’s home life felt unbearable, and when he was 15, he ran away again.

He joined a dance troupe, which paid for his food and rent of a small room, while he finished high school. His love for soccer and willingness to practice hard paved his way into the national soccer team, when another setback entered his life. He broke his leg, and the multiple fracture crumbled his dream of a promising future.

Angry with God and frustrated with life, he joined a group of jobless, disillusioned youths who got into petty thefts. During months of insecurity, thoughts of suicide often crossed his mind, but a tiny glimmer of hope still remained in his heart.

After leading some foreign photographers on a tour through the slums, he received a cheap camera as a gift. It was then that he discovered his love for photography and began to portray various aspects of the harsh lives in his neighbourhood. Still trapped in the vicious cycle of worry, anxiety, and self-reproach, he was desperate for a way out.

God again threw him a lifesaver when his talent drew the attention of a charity that agreed to sponsor him for college, where he obtained a degree in film/photography and journalism. With a chance to travel and gather further education, he became a freelance journalist. Having produced various documentaries aired by several renowned TV channels, he found a platform to raise awareness, depicting the plight of marginalized people, which gave him a new purpose for life.

Most of us may not have endured the setbacks and trials that Benson has, but we can still testify to experiencing the manifestation of God’s love, care and protection in our lives, perhaps in the form of a kindhearted stranger reaching out to us or some other type of godly intervention. Even though hard times cloud our vision and faith, God never abandons us and will never fail to support us through life’s difficulties. 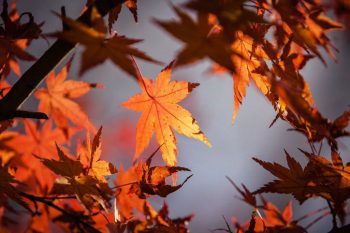 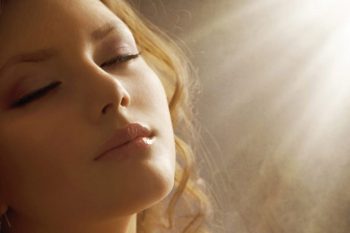