A series of traumatic losses had left me angry at God. Alone, without any means of support, and with no hope in sight, I had tried to end my life. I regained consciousness in a hospital, where I spent the next few days recovering.

It was Valentine’s Day, the first without my husband, and as I sat alone in a hospital lounge, I cried the only tears left in me.

A man and a woman walked past, and then stopped. “Wait here for a minute,” I heard the man say. Then he walked back and with one finger lifted my tear-stained face … and he kissed me on the cheek.

The man was a fellow patient with whom I had spoken briefly the night before. But why would this near-stranger give me a kiss? Obviously he didn’t have ulterior motives since another woman, presumably his wife or girlfriend, was watching. What had compelled him to reach out to lift me from my darkness? What had I done to deserve that?

After a few minutes I began to come to my senses. I have received a wonderful gift, the gift of hope, and I need to share it with others. With that thought I took the first small step to climb out of the deep pit into which I had fallen.

A few days later, after being released from the hospital, I looked at all that remained of my savings—just a few coins. The last food in my cupboard was a box of polenta and a can of tomato sauce. It looks like it’s going to be polenta with tomato sauce for the next three days, so I might as well cook it all at once, I reasoned.

I had just finished cooking and was about to sit down to eat when the doorbell rang. When I opened the door, there stood a young woman who looked to be on the brink of starvation. Beside her was a child of five or six and just as malnourished. The woman said that she was a refugee and couldn’t find work.

She asked if I had some change I could spare, and my thoughts went to those few coins I had left. How much good could they do her—or me?

“Some change is all the money I have myself,” I said, “so I know what it’s like to be without. But I just made some polenta with tomato sauce. Would you like to join me?”

The mother and child timidly accepted, and we ate at my kitchen table. How I wished I could have offered them an enormous steak, grilled to perfection, instead of that polenta! Then I remembered that someone had given me a chocolate bar a few days earlier, which I had tucked away for even harder times. I gave it to the child in exchange for a hug I will never forget.

When I found out that they lived nearby, I invited them to return. I couldn’t promise full-course meals, I explained, but we would share whatever I had at the moment. With a smile and a handshake, they left. I haven’t seen them since.

Three days later I saw a job offer in the newspaper and applied, even though I didn’t have any credentials or prior experience for that job. Only a few minutes into the interview, I was asked one question I hadn’t prepared myself for. “Would you like to start tomorrow?” Before I could answer, a thought struck me like a lightning bolt. Had those two strangers at my door been angels on a mission?

I felt like I had not just passed a job interview, but an exam. First God had sent that man to show me that He loved and hadn’t forgotten me, and then He had sent the mother and child to see if I would keep my promise to pass on that love and hope. When I did, He opened the floodgates of His blessings.

Today Erika is happy and fulfilled in her work as a newspaper reporter, and just as happy in her “other work” of helping to spread God’s love. She began by sewing clown costumes for Family International volunteers, and now sometimes goes with them to give “clown therapy” to children at a local hospital. “It fills my heart with joy to see a small child, sick and separated from family and home, be lifted above the suffering and loneliness,” she says. “All it takes is someone being willing to put on a red nose and sing a song or two.” And those children aren’t the only ones who have felt God’s love through Erika. Seniors in the retirement homes she visits appreciate her friendship, concern, and listening ear. 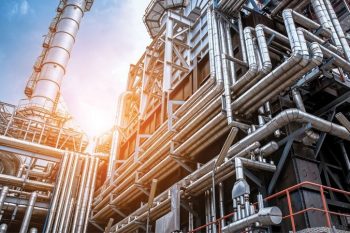 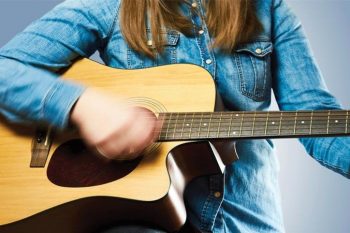 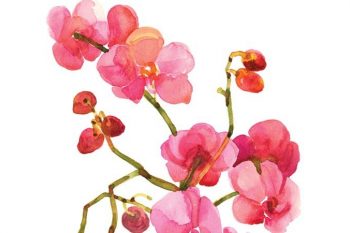 The joy of learning