There was a man who had two sons. And the younger of them said to his father, “Father, give me the share of property that is coming to me.” And he divided his property between them. Not many days later, the younger son gathered all he had and took a journey into a far country.1

This extraordinary request by the younger son would have shocked and scandalized the original listeners. The son was asking to receive the portion of the inheritance that he would normally receive upon his father’s death, while his father was still alive and healthy. The listeners would have most likely expected Jesus’ next words to tell of how the father exploded in anger and disciplined his son.

Instead, the father acquiesced and divided the property between the sons. The younger son decided to sell his inheritance for cash, showing no concern for his father’s future and depriving him of a portion of the fruit of the land in his old age.

The older brother, who also received his portion of the inheritance at this time, received possession of the remaining land but not control of it. As the story continues, it becomes clear that the father was still head of the household and the farm.

Jesus then described what happened to the younger son: The younger son gathered all he had and took a journey into a far country, and there he squandered his property in reckless living. And when he had spent everything, a severe famine arose in that country, and he began to be in need.2

Upon leaving his father’s house, the younger son went on to live a wanton and disorderly life, resulting in the loss of all that he had. After he had spent all his funds, a famine arose.

So he went and hired himself out to one of the citizens of that country, who sent him into his fields to feed pigs. And he was longing to be fed with the pods that the pigs ate, and no one gave him anything.3

The original listeners would have understood to what depths he had sunk by his job of feeding pigs. Pigs were considered unclean according to the law, and later Jewish writings stated that anyone raising swine was cursed. To make matters worse, he was starving and envious of the pigs’ food. It was at this point that he “came to himself.”

But when he came to himself, he said, “How many of my father’s hired servants have more than enough bread, but I perish here with hunger! I will arise and go to my father, and I will say to him, ‘Father, I have sinned against heaven and before you. I am no longer worthy to be called your son. Treat me as one of your hired servants.’”4

The son decided to return to his father to confess he was wrong and had sinned. Recalling that his father’s “hired servants” had enough to eat, he planned to ask his father to hire him as a servant.

And he arose and came to his father. But while he was still a long way off, his father saw him and felt compassion, and ran and embraced him and kissed him.5

The son had shamed his father before the whole village. It would only be just and right for the father to let the son come to him, walking through the village facing the disapproving stares of the community. But instead, the father, full of compassion, runs to him, something which would have been considered undignified, especially as to do so, he would have to pull up his robe and expose his legs. The father’s first action is to embrace and kiss his son, before he even hears what his son has to say.

And the son said to him, “Father, I have sinned against heaven and before you. I am no longer worthy to be called your son.” But the father said to his servants, “Bring quickly the best robe, and put it on him, and put a ring on his hand, and shoes on his feet.”6

The son begins his practiced speech, but the father doesn’t let him finish. He orders his servants to clothe the son in the best robe, to put a ring on his finger and shoes on his feet.

Besides conveying a message to the servants and the community, there was a strong message to the son as well. That message was forgiveness. The father’s welcome was an act of undeserved grace. Nothing the son could do would make up for his past. The father didn’t want the lost money; he wanted his lost son.

“And bring the fattened calf and kill it, and let us eat and celebrate.”7

Preparing such a large animal for a feast implies that likely most if not all of the village would be invited to the feast. And the father exclaimed his joyous reason for feasting:

“For this my son was dead, and is alive again; he was lost, and is found.” And they began to celebrate.8

Now his older son was in the field, and as he came and drew near to the house, he heard music and dancing. And he called one of the servants and asked what these things meant. And he said to him, “Your brother has come, and your father has killed the fattened calf, because he has received him back safe and sound.” But he was angry and refused to go in.9

At the end of the workday, after the festivities had started, the older son returned from the field. When he heard the circumstances of his younger brother’s welcome, he was furious. The custom at such a feast would be for the older son to act as joint host with his father, but the older brother breaks with protocol and publicly refuses to enter the house and the festivities, and then argues with his father in public:

His father came out and entreated him, but he answered his father, “Look, these many years I have served you, and I never disobeyed your command, yet you never gave me a young goat, that I might celebrate with my friends. But when this son of yours came, who has devoured your property with prostitutes, you killed the fattened calf for him!”10

The older son’s response is filled with disrespect, bitterness, resentfulness, but how does the father react? Exactly the same as he did with his other lost son—in love, kindness, and mercy. He says: “Son, you are always with me, and all that is mine is yours.”11

The father’s last statement expresses his joy that the younger son who was lost is now found. “It was fitting to celebrate and be glad, for this your brother was dead, and is alive; he was lost, and is found.”12 The listener was left to imagine whether the older brother who was also lost would be found and restored, as we are not told the older son’s response.

This parable tells us something beautiful about God, our Father. He is full of compassion, grace, love, and mercy. Like the father in the story, He lets us make our own decisions, and no matter what those decisions are and wherever they may lead us, He loves us. He wants each one who has wandered away, who is lost, who has a broken relationship with Him, to come home. He waits for them and welcomes them with open arms and great joy and celebration. He forgives, He loves, He welcomes.

Each person is deeply loved by the Father. Jesus laid down His life for every person. God is gracious, full of love and mercy, and He has called us, as His representatives, to do as Jesus did—to love the unlovely and seek out those who are lost, to help restore them, and to respond with joy and celebration when that which was lost is found. 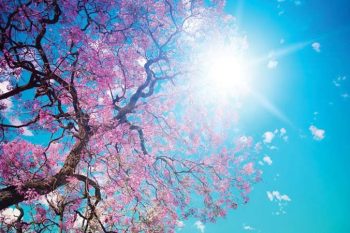 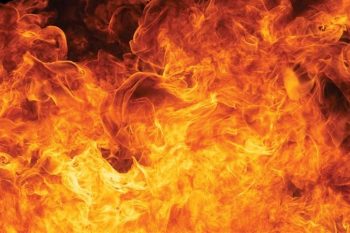 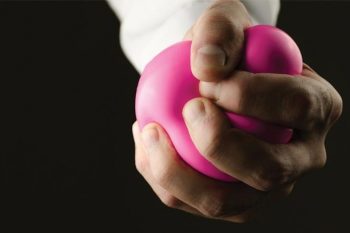 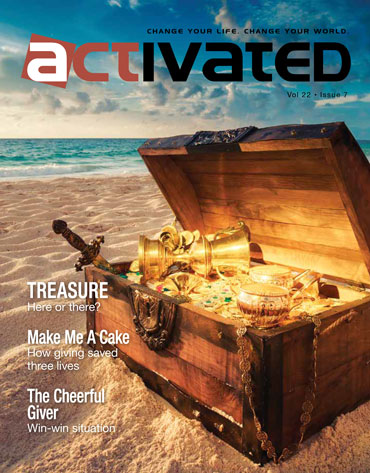 A different kind of wealth

Willie and the five-minute favor