It was a bright sunny day in South Africa, and the old year was coming to a close. Thoughts had turned from Christmas celebrations to New Year’s resolutions.

The farmhouse door clanged behind me as I went into the kitchen. My mother followed my gaze to a heaping bowl of strawberries on the table. “Yvonna brought those over,” she said. “A gift from her family.”

I found the generosity of our neighbors almost awkward. Our volunteer center occupied the largest and nicest house in the neighborhood. Yvonna was a teenager who lived two houses down. Like most families in the village, hers had tended the strawberry fields behind their house for months. Every harvest, our neighbors came to our door with their arms full of strawberries.

Yvonna had been asking for Bible studies for some time, but we had been genuinely busy and kept putting it off. I sighed and resolved to get Yvonna started on those classes soon.

That night I forgave someone present for a wrong that had made my life emotionally difficult for the past few weeks. It felt so good to get it off my chest that I wished I had done it earlier. Other people talked about wanting to do more for the local community. We all agreed. The start of a new year was the perfect time to get more involved.

New Year’s Day dawned bright and full of promise. But Yvonna was not there to see it. She had been killed in an auto accident shortly after midnight.

Everyone was deeply affected by the loss of our friend. In the months that followed we found ways to comfort Yvonna’s family, and the community was brought closer together. Many young people came to us with questions about life, death, and God, which we were happy to answer. Yvonna believed in Jesus, and I’m certain that from her vantage point in heaven, she saw the positive effects of her passing.

For my part, each New Year’s Day since, as the fireworks dissolve in the early morning sky, I have thought about Yvonna and renewed my resolution to not wait for the “perfect” time to do the things that really matter. 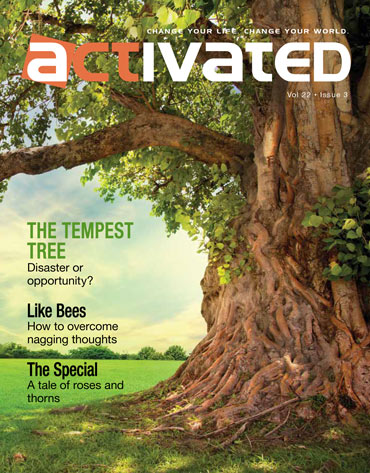