Did you ever hear about the young man named Kyle MacDonald who traded a paperclip for one item after the other until he was able to get his own house? Surprisingly, it only took him 14 trades to achieve his goal one year after he started. His journey was: clip to pen, to doorknob, to stove, to generator, to keg of beer, to snowmobile, to trip to Yahk, to panel truck, to recording contract, to one-year rent of an apartment in Phoenix, to an afternoon with Alice Cooper, to a motorized snow globe, to a speaking role in a movie, to a house in Kipling, Sk., Canada.

Kyle said, “I embarked on an adventure and that paperclip symbolically held it together, and it was really easy to remember.” Jesus often used such object lessons when He told us that the kingdom of God was like a pearl, door, seed, bread, water, treasure, fruitful tree, vine, just to mention a few. In the same way as Kyle used the paperclip as a point of focus for his idea, I thought we could use his story by applying some of its concepts to our life of faith.

Kyle was inspired by a childhood bartering game called “Bigger and Better.” He wondered if it would be possible to take the idea of this game and bring it to life. Instead of playing with game pieces, he would trade real objects until he owned a house. Lots of the greatest discoveries and innovations in history were about making connections, applying one idea to another. Often, this involves connecting the imaginary with the real—first you have to conceive the idea before you can begin to reach for it.

What kept Kyle going throughout that year of trading from paperclip to house? One was the fun factor. Kyle said he was jazzed on his journey to get what he wanted; he loved every minute of it. Enjoying what we do, seeing it as a step to a greater end, helps greatly in seeing our vision come to fruition.

Kyle looked down on his desk and saw one red paperclip and thought he’d start his adventure with that. We have to begin with the little that we have before we can get to where we want to be. Kyle asked himself, What is one red paperclip worth? We should ask the same questions: What is the potential of this idea? What can it lead to? What steps can I take to get closer to that goal?

Jesus encouraged us to have crazy faith when He said that if we have even just a little faith—even as small as a seed—we can move mountains of obstacles. Moses had the same thing happen to him when God told him to take a better look at what was in his hand, which was just a wooden rod that he used to part the Red Sea and free his people from slavery.

The red paperclip story is a lot about putting ideas into action. It is easy to just blow off an idea when we get it, dismissing it as insignificant, but once we take the time and find out it is what we should do, we should not give up while we are struggling to develop it. It is essential to stick to the plan till the end.

When we get an inspiration, it may be God speaking to us to get us going in the direction He wants us to go. Just as Kyle recognized his “Aha!” moment as a worthwhile idea, so can we. When inspiration strikes, we need to capture the lightning in a bottle for future use.

Kyle soon found that he was doing more than just trading objects; he was granting people their wishes. He was giving something to others that they could benefit from. He was connecting people who no longer needed something with someone who did.

In our dealings with others, we should look deeper than outward appearances to find out what the person really needs. Achieving what you set out to do is more than acquiring wealth and objects; it is more about developing warm relationships with the people you meet along the way.

Near the end of his trading, Kyle got a year’s rent of a house. Some people said he could stop then as he had a house, but he wasn’t fully satisfied because it wasn’t his own house, which is what he had set out to do. If we’re not satisfied with second-best, we’re giving God the opportunity to actually deliver on what He has promised.

Kyle’s story is a good example of seeing the possibilities that others would miss. It makes me wonder what opportunities I’ve missed because of my lack of faith or vision, what waters I could have walked on, what mountains I could have moved, what rivers I could have crossed if I’d had more faith. Certainly, hearing stories like Kyle’s gives us a precedent and example that the seemingly impossible is within our grasp.

Having faith for an idea that comes to fruition inspires others. Kyle remarked, “There are people all over the world that are saying that they have paperclips clipped to the top of their computer, or on their desk or on their shirt, and it proves that anything is possible, and I think to a certain degree it’s true.” MacDonald said the journey had turned out to be more exciting than the goal. “This is not the end. This may be the end of this segment of the story, but this story will go on,” he said. He is now inspiring others as a motivational speaker and has spoken to over 50,000 people on four continents. 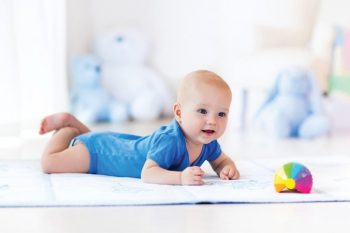 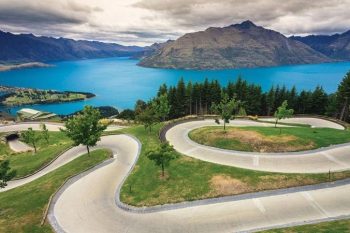 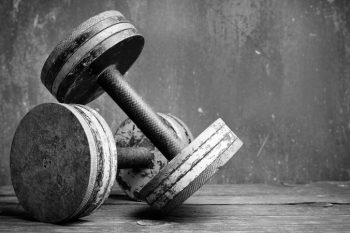 Hymn in the gym