One Monday morning, about an hour into the workday, I checked my emails. “Sad” was the subject heading of a personal message, and I opened it up, curiosity piqued. “Sad” did not begin to describe it. I learned that our friend Roy had died suddenly the day before. He had been cycling with his wife Sunday afternoon when he became the victim of a hit-and-run accident. The words swam before my eyes, and I functioned in a fog for the rest of the day.

That evening, my husband, David, and I lingered together after supper. “I think that Roy had no regrets,” I said to him, our reflections interspersed with long periods of silence. “He lived life so fully, with purpose and passion.” We had attended the same church as Roy and his family for many years before they moved to a small town. In recent years, we had only seen them sporadically, but it was always effortless to pick up from where we’d left off when our paths crossed.

The church Roy attended seats a congregation of three hundred, but late Thursday afternoon, a thousand people gathered to honor Roy’s life. David and I sat outside along with hundreds of others, watching the service on a screen. His sons, two in their teens and one in his early twenties, spoke of a loving, fun, dedicated father as they read their letters of farewell to him. His closest friend spoke of a man who had no superficial relationships. “If you talked with Roy for five minutes, you thought of him as your best friend,” he said, and the sheer number of people in attendance confirmed his words.

Projected on a screen, notes of condolence from his place of work, from pastors of different churches, and from friends in the community painted a uniform picture of a hard-working, fun-loving, authentic man—one whose character struck those points of balance between humility and power, simplicity and wisdom, truth and love. With a baffling capacity to tune in and give of himself, he mentored individuals and led teams, inspiring people with his vision. Whether it was a church-building initiative, a determination to keep his son’s hockey team afloat, or a fundraising project to send kids to camp, he led with a confidence that all things were possible.

Roy’s widow remained tirelessly gracious through hundreds of encounters with fellow mourners before and after the service. “He was very important to my husband when he was out of work and making decisions about his future,” I said to her unsteadily. “He was so encouraging—at such a difficult time—in a way that mattered.”

Printed on the program were words from 2 Timothy 4:6–7: “You take over. I’m about to die, my life an offering on God’s altar. This is the only race worth running. I’ve run hard right to the finish, believed all the way. All that’s left now is the shouting—God’s applause!”1 In his sermon, the pastor drew parallels between the apostle Paul’s race to the finish and Roy’s. “Roy lived without regret,” he said, echoing the thoughts that had no doubt come to most of us in the days leading up to the funeral. I believe we all felt the need to step up—in some way to fill the void left by Roy. To ramp up and run the race harder, live more fully, with more purpose.

As they cycled that Sunday afternoon, Roy and his wife passed by the house they had almost purchased when they’d moved to the town. Riding ahead of him, she turned her head back and asked, “Do you think we should have chosen this house after all?”

Minutes later, she would hear the collision and see her husband thrown into the air as the truck sped off. Minutes later, she would run to him and recognize immediately that he had gone. But at this moment in time, they were enjoying the sunshine of a beautiful day. “No, I love our home,” he answered, speaking what were to be his last words. “I have no regrets at all.”

The light of love 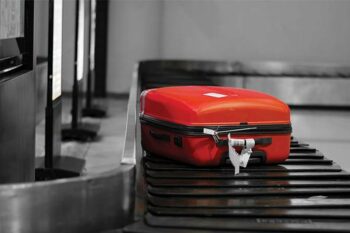 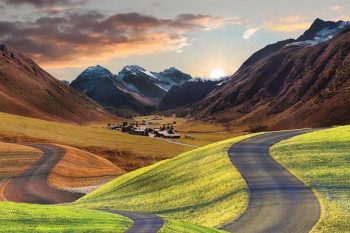