I generally consider myself a forgiving and “nice” person, but I had an experience in my sophomore year that tested my ability to forgive. My classmate Matt and I were paired up to do a presentation about modern English literature, and Matt got on my nerves from the start.

My nitpicky and demanding work habits conflicted with Matt’s spontaneous approach to the project. He was frequently late for scheduled discussions, and he continually neglected details I felt were important. To top things off, he was also often late in completing his parts of our project, despite my increasingly frantic text message reminders.

Only three days before the presentation, I realized Matt hadn’t completed the final portion he was responsible for, and I was unable to reach him. Matt finally uploaded a hastily contrived conclusion only hours before the deadline, apologizing and explaining that he had been preoccupied with another assignment.

As I expected, our presentation failed to satisfy the professor, and while he enumerated our team’s many failings, I was burning with resentment toward Matt. But he didn’t seem too disturbed, and I heard from a friend that he felt he’d done his part well. Since there was no satisfaction in snubbing a person who didn’t think he’d done anything wrong, I remained outwardly polite and congratulated myself for being so magnanimous to one so undeserving.

Two months later, in another class, I was paired up with Celine to do a presentation about Japanese grammar. I believed I’d done my best to prepare, but it became apparent during our team’s Q&A that I’d completely misunderstood some of the concepts we were presenting, and our team again got a bad score. I expected Celine to be upset, since it had clearly been my fault, but instead, she consoled me and helped me make the needed adjustments to the final version. Celine’s ready forgiveness provoked some soul-searching, as her response to my failure contrasted with my resentment toward Matt.

As I thought back over the last few weeks, I realized that I hadn’t really forgiven Matt and had been unable to restrain myself from making some snide remarks about him to my friends. While Matt had been late and perhaps even uninterested, it was painfully clear that I too could be a careless student who caused a team to fail. I’d thought of myself as tolerant and merciful, but my response to Matt showed otherwise. Though I hadn’t deserved mercy, Celine had given it to me freely and without condescension. I prayed that through this experience I could gain some of the loving, humble generosity of spirit that comes from knowing that we are all fallible humans who need the forgiveness of those around us. 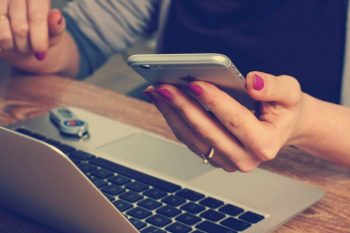 Keep watch over my hands 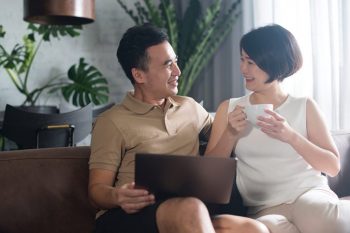