I was on my way to visit a friend. As the bus approached the hospital where she was staying, a nervous shudder went through me, and I fumbled for a fitting greeting. My friend had always been sickly, and within the past year, she’d struggled to fight off several aggressive infections. Now, a major surgery had resulted in complications. I hoped I could bring some cheer into her sick room, but I wasn’t confident. My own heart was too burdened with questions and fears for my friend’s present distress and bleak prospects to be able to think of something appropriate, yet uplifting, to say. Visions of her pain-riddled future clouded my mind.

Suddenly, as the bus turned a corner, a bright red billboard with white lettering beneath a Tudor Crown caught my eye. First, the color, then the words: “Keep Calm and Carry On”—the British government’s famous and oft-paraphrased WW2 slogan. The British fashion brand name in small lettering on the bottom identified this as merely an advertisement. But I knew that there was more than just a clever promotional ploy afoot in this case. God had sent His answer to my heart’s questions in a way that was unorthodox, but so clearly articulated that I couldn’t miss the meaning!

As I thought over that sentence on the billboard, I felt God’s peace settle over my heart. It brought to mind a well-known Bible verse: “Be of good cheer, I have overcome the world.”1 Despite the depressing circumstances, I could still confidently keep calm and carry on, and try to share this message with my friend. The King is in control of every detail of our lives. However bleak my friend’s situation seemed, she was in good hands!

With this realization, it dawned on me that there’d been so many other ways that God had shown my friend His love: the skillful doctors, the efficient and kind nurses, the prayers and assistance of friends and coworkers. How foolish I was to let my mind get so wrapped up in the negative aspects of the situation that I didn’t pay attention to God’s continual reminders of His presence. I hope that no matter how tumultuous the circumstances, I can always trust in the perfection and faithfulness of God’s love, and not have to wait until He puts His truth on a red billboard to turn my focus heavenward. 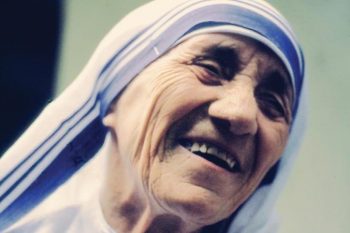 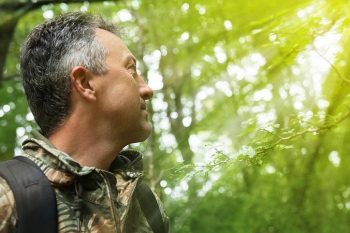 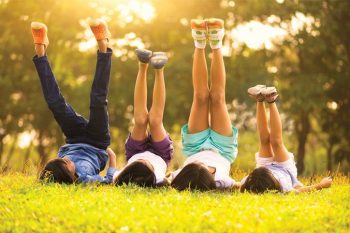