The Gospel of Luke tells of Jesus’ surprising interaction with Zacchaeus, a Jewish man who was a chief tax collector for the Roman government.

Jesus entered Jericho and made his way through the town. There was a man there named Zacchaeus. He was the chief tax collector in the region, and he had become very rich.1

In the King James translation, he is called a publican, which is another name for a tax collector. Tax collectors were generally despised by the Jewish population, not only because they collected taxes on behalf of Rome, but also because they added extra to the amount owed as a surcharge to cover their own expenses and make a profit. Sometimes they would hire others to collect the taxes on their behalf, and therefore were known as chief tax collectors, which seems to be the case with Zacchaeus. One author explains: “Direct taxes included the poll tax (a general citizen’s tax) and a land tax (a tax on one’s harvest). In addition to these direct taxes, there also was a set of indirect taxes on all items purchased or leased in a region.”2

The city of Jericho was a well-known toll place, as a great deal of commercial travel between Judea and Perea passed through it, which meant that collecting taxes was a lucrative profession there.

He tried to get a look at Jesus, but he was too short to see over the crowd.3

Zacchaeus had probably heard some reports about Jesus’ ministry, which motivated him to find out more. He faced a challenge, however, as there was a large crowd that prevented him from getting close to Jesus, and his short stature meant he couldn’t look above the heads of others in the crowd. If he wanted to see Jesus, Zacchaeus needed to be resourceful, and resourceful he was.

So he ran ahead and climbed up into a sycamore tree to see Him, for He was going to pass that way.4

This type of tree is similar to an oak tree, though with a short trunk and wide branches which make for easy climbing. An adult climbing a tree was likely looked on as rather undignified, especially for a person who had status, wealth, and position in the community. So his actions indicate that Zacchaeus was more than merely curious in his desire to get a glimpse of Jesus.

When Jesus got there, he looked up and said, “Zacchaeus, hurry down! I want to stay with you today.”5

Jesus not only saw him, but also spoke to him. We’re not told how Jesus knew Zacchaeus’ name; He may have known it supernaturally, as He did when He “saw Nathanael coming toward him and said of him, ‘Behold, an Israelite indeed, in whom there is no deceit!’ Nathanael said to him, ‘How do you know me?’ Jesus answered him, ‘Before Philip called you, when you were under the fig tree, I saw you.’”6 Or He may have known because people were calling out his name; or perhaps He asked others what his name was.

Zacchaeus quickly climbed down and took Jesus to his house in great excitement and joy. But the people were displeased. “He has gone to be the guest of a notorious sinner,” they grumbled.7

While Zacchaeus was happy to have Jesus come to his home, the others present began to grumble and complain. In calling Zacchaeus a “sinner,” the crowd was likely expressing their opinion about tax collectors and venting their feelings about the way they took advantage of those from whom they collected taxes. They also charged Jesus with associating with sinners.

Later that day Zacchaeus stood up and said to the Lord, “I will give half of my property to the poor. And I will now pay back four times as much to everyone I have ever cheated.”8

Zacchaeus’ statement is both about the present and future—he committed to giving half of his belongings at that time to the poor, and going forward, to pay back four times the amount if he acted unfairly toward someone. Zacchaeus’ interaction with Jesus radically changed his handling of money; he moved from taking advantage of others to helping and serving them.

Zacchaeus’ pledge to give half of his goods away and to restore fourfold to anyone he wronged went far beyond what was expected. In Judaism, giving 20 percent of one’s possessions was considered very generous, and giving more than that was not considered prudent. If someone was found guilty of extorting a fellow Jew, they were required to pay back an extra 20 percent. His pledge showed that he had changed. He knew that he had defrauded others, and he committed to repaying those he had stolen from. In doing so, Zacchaeus became an example of how to generously handle money.

Jesus said to him, “Today salvation has come to this house, because this man, too, is a son of Abraham. For the Son of Man came to seek and to save the lost.”9

Because of Zacchaeus’ change of heart, salvation came to him and his household. Throughout the book of Acts, there are references made to whole households receiving salvation.10 Zacchaeus’ status as a tax collector did not hinder his potential access to God, nor that of his family, and his right response to Jesus brought them true salvation.

Jesus’ purpose—the reason for His birth, life, death, and resurrection—was to “save the lost.” In Zacchaeus’ interactions with Jesus, we find an example of just such a person getting saved. Zacchaeus seemed like an unlikely candidate for salvation. He was not only a sinner, but he worked for the oppressive Roman Empire, enriching himself at the expense of his own people. However, his encounter with Jesus completely changed his life. Jesus was willing to look beyond who and what a person was; He was willing to interact with someone despised and rejected by society and give him the opportunity to receive salvation.

May we all reflect Jesus when we encounter those who are looked down upon, and even those who have wronged us or others. May we show love, tolerance, and forgiveness to all we come in contact with. May we all do our best to be like Jesus. 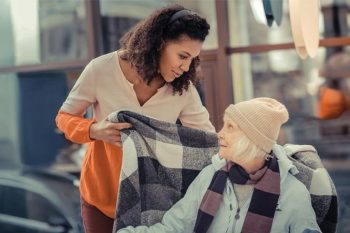 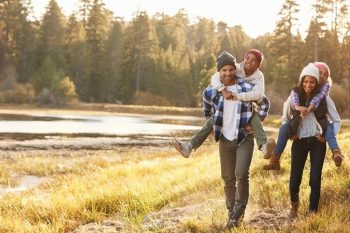 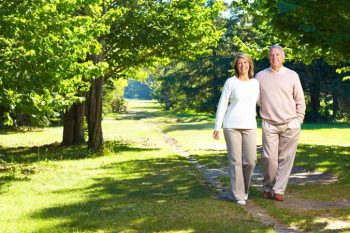 The value of healthy living