I’d been going through a few tough weeks, when I began questioning my faith. Not questioning God, but questioning how much faith I had to face difficulties. I’d also been concerned about growing older, berating myself for becoming such a wimp, not able to keep up as I used to. So I gratefully accepted an invitation from my daughter Madi to go hiking in a place called Enchanted Rock.

Despite an early wakeup, we didn’t quite accomplish our goal of making it there before sunrise. However, the morning was misty, the temperature was still pleasant, and we felt refreshed as we began our climb over the stony hills. We snapped some fun photos. One showed my daughter sitting in what looked like a huge hollow of a hand made out of stone.

When we reached the summit of the second hill, Madi said she was curious to see what was on the other side, off the beaten path. It was exciting, even exhilarating, as we found our way, cutting through rock formations and even squeezing through some narrow passages, looking for a way down to the valley that looked deceptively close.

What happened, happened suddenly! Madi reached a steep incline next to a rock wall. As she stepped onto it, she sped downhill about ten feet on wet granite that was as slippery as ice. I heard the impact as she hit a rock wall at the base. Thankfully, she was able to hold out her arms and cushion the impact on the top half of her body, but her knee slammed into the wall, and although she kept saying “I’m OK! I’m OK!” I knew she wasn’t.

From where I stood at the top of the incline, I could see her knee turning blue and swelling, and I knew I had to go down and check on her. I thought I could get down there carefully, but as soon as I stepped on the slippery slide, my legs gave way and I fell on my hip, banging my head in the process. Both of us ended up at the bottom of the incline with no way up or down.

We checked each other’s injuries and then realized the only way out of our predicament was to the side, over some boulders. We prayed for Madi’s knee, and miraculously, the swelling stopped and the bruised area even seemed to shrink.

Then there I was, standing in front of a shoulder-high boulder, knowing I had to find a way to climb it. I found a crack to get a grip, and with my daughter boosting me as much as she could, I was able to hoist myself up, then reach back and help pull her up. Back and forth we went, I helping her, she helping me, until we wound our way over boulders, through caves and narrow places back to the summit. By then, we’d almost forgotten about the aches and celebrated the fact that we were all right and that it hadn’t been much worse.

My perceptions about my faith have changed since this incident. I’ve also realized how much stronger I am than I thought. A wimp wouldn’t have attempted to climb those boulders! The strength I felt that day was almost supernatural. In my concern for my daughter and getting her to safety, I knew I could do anything. Once I realized that the only way out was up, I knew I couldn’t let fear get the better of me. I had to face my weakness and turn it into strength. I had to ask God for the strength and courage I needed.

One verse that came especially alive to me that day was, “Christ in you, the hope of glory.” 1 He isn’t a distant God, and when we need Him, we have the power of Christ within us to overcome any difficulties and obstacles. We don’t have to worry about our own weakness or lack of faith. His strength and His faith are in us whenever we need them to help us face any of the rocks and hard places we find ourselves in. 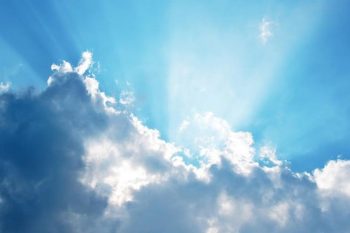 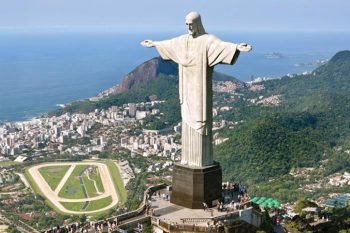